Inrush currents for lighting have never been as topical as they are now.

As high frequency switching regulators are generally used in modern control gear for LED lamps, it is becoming increasingly harder to comply with EMC standards governing radio disturbance (EN 55015). Input capacitors frequently have to be added to suppress the interference. In the instant the light is switched on, these input capacitors act like short circuits, causing appropriately very high brief inrush currents.

Power Factor Correction (PFC) is a further reason why inrush currents are higher. It ensures compliance with the limits for harmonic currents (EN 61000-3-2). Using PFC also minimizes the share of reactive power to reduce the load on the grid. Generally, electrolytic capacitors are needed downstream of the input rectifier on such circuits. The capacity of these capacitors is large, resulting in high currents when switched on.

The comparability of inrush currents is also a problem. Manufacturers of electronic ballasts and LED drivers use different measuring procedures. As a result, deviations of 10A are not unusual. The International Electrotechnical Commission (IEC) is hopefully going to help. This international standards body for all fields of electrotechnology is currently working on a standard for measuring inrush currents. It will specify how to measure, and how to assess the results. Comparable measurements should therefore be possible in future.

Inrush currents do not just have a negative effect on general lighting, however, if multiple lights in a single circuit are switched simultaneously, exerting an appropriate load on the circuit breaker, contactors and relays. Safety lighting configurations also contain switch elements and fuses that must not be overloaded during current surges. Careful consideration of the permissible inrush current is crucial – especially when incorporating general lighting luminaires in safety lighting configurations – as otherwise safety lighting components may be damaged.

Greater reserve capacity in respect of the inrush currents should be included when planning final circuits for both general and safety lighting to ensure that none of the components are destroyed, and the configuration functions reliably. 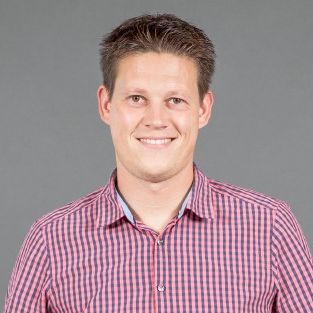 After three years in sales, he joined the product management team in September 2011, where he is responsible for the luminaires and project lighting sector. As a state-certified electrical engineer, he also works as a project manager for new developments in the luminaire sector.