This year's Sparkassen-Firmenlauf around Lake Möhnesee was once again sporty and original. Last Wednesday, INOTEC was represented in Körbecke by a mixed field of participants consisting of a total of 21 employees, trainees and an intern.

On the 6.5 km long track, it was less about time or speed, but rather about team spirit and joint running experience or just finding the right way, but more about that later.
Starting at the Seepark, the runners first walked along the Seestraße, over the Stockumer Damm and then along the south bank and over the pedestrian bridge to the finish line, also located on the lakeside terraces. Despite the approximately 4,000 participants, the start went as smoothly as possible, so that there were only short waiting times. After the race, all athletes and spectators met again in the INOTEC pavilion for cool drinks and interesting conversations until the evening.

INOTEC was also the topic of conversation for the other participants, because not only our employees were at the start, but also our products successfully completed the run and guided all runners safely to the finish line. Already at the B2Run in Dortmund, a small group had the idea to integrate our new TFT luminaires into the Sparkassenlauf.

The aim was to make the versatility of the luminaire clear and to "show the participants the right way". In the planning phase, the first suggestion was to wear the lamp on the head attached to a helmet. Once the prototype had been completed, everyone involved quickly realised that the solution was original but not practical. A new idea had to be born and so thin tubes were screwed to the light, which could also serve as cable feed-throughs. The lights were powered by a 24V 12Ah battery. The "light system" was always transported by 2 runners together, since the 12 kilo heavy batteries represented a large load. These were transported in a backpack, while the lamp was fastened or carried with a special mounting on the body. We would like to take this opportunity to express our special appreciation to all those who have contributed to the planning and implementation of this project.
The effect on the rest of the participants was very positive. Many of the runners were enthusiastic about the idea and followed the light.

A big thank you, of course, to all active participants and spectators of INOTEC.

We look forward to seeing you again next year! 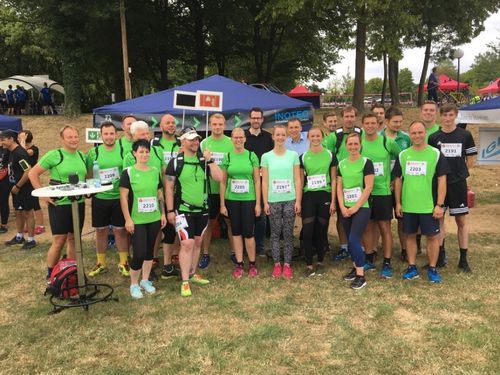 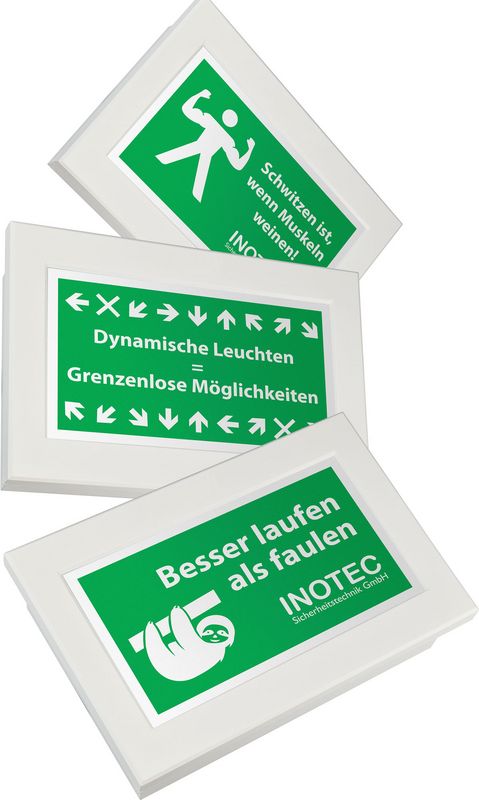